SUPER WITCHY! Available on Preorder and releasing in August 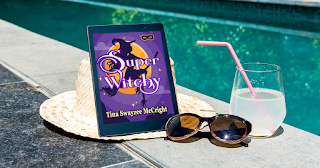 The second book in the Super Jax series is available for preorder. Release date is August 18th!

Is a killer witch flying around Atom City in search of her next victim?

Jackie Lawson, a superhero who can’t control her powers, catches a CEO spying on a witch shopping in Zane’s Oils and Coffee. Curiosity leads to another investigation for Jackie and her best friend, Krystal.
Read this humorous mystery now to discover if this wannabe dynamic duo can survive a face-off with a witch, a high-priestess, and men in black.

Super Witchy is available on Amazon:  https://www.amazon.com/Super-Witchy-Superhero-Cozy-Mystery-ebook/dp/B089RSYB73/
Posted by Tina Swayzee McCright at 5:58 PM No comments: 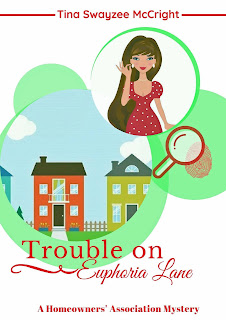 When Andi Stevenson, an amateur baker and former teacher, joined her sister’s detective agency, she never dreamed most of their investigations would take place in their condominium complex. The same neighborhood where she is the president of the homeowners’ association.

Lately, members of The Water Guppies, an eccentric water aerobics group who drink margaritas while exercising, suddenly have a lot of money to spend on new outfits and cars. They won’t tell anyone how they are acquiring their new fortunes. The Guppies are more than wacky members of the community Andi oversees, they have become her grandmas.

When The Water Guppies become targets marked with bull’s eye cookies, Andi must uncover their secret or she won’t be able to protect them from a murderer who wants them crushed.

Uncover the secret ingredients to this wacky cozy, the third book in the Homeowners’ Association Mystery Series.

Available on Amazon : https://www.amazon.com/Trouble-Euphoria-Homeowners-Association-Mystery-ebook/dp/B084RJKZR8
Posted by Tina Swayzee McCright at 5:52 PM No comments:

Euphoria in the Desert - A Short Euphoria Lane Spin-Off

A short 10K-Word Euphoria Lane Spin-Off Mystery! (Part of the “In the Desert” Shared World Series)

Roxie, the eccentric fan-favorite from the Euphoria Lane series, teams up with her daughter Grace, a kindhearted paparazza, in this laugh-out-loud cozy mystery.

Grace discovered her boyfriend cheated on her.
She threatens to kill him – while standing in front of a large group of people.
She finds his dead body stashed away in her hotel suite.
What else could go wrong?

Posted by Tina Swayzee McCright at 10:57 PM No comments: 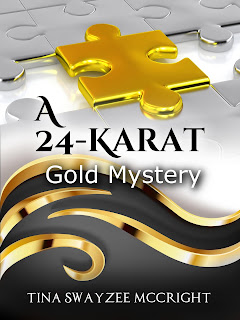 Mystery, A Touch of Comedy, and Second Chances

What if a legend must be proven true to keep your mother and sister alive?

When Sophie Weston buried her father, after an accident that was her fault, she promised to fulfill his role in Gold Dust and look after her family as he would have. Five years later, a murderer discovers she bought a book containing the clues to finding a legendary fortune and threatens everything she holds dear. No matter what she does, it's not enough to keep her family safe. Her only hope is to work with her former fiancé, the security specialist who drove her father to his death.

Preorder your Kindle edition now! Only 99¢ for a limited time.
Print and ebook editions launch on July 30th
https://www.amazon.com/dp/B07V1BVVX2/

Posted by Tina Swayzee McCright at 11:34 PM No comments:

Over 100,00 people will attend The Tucson Festival of Books this weekend. I will be one of those authors signing and selling my books. If you happen to be there, drop by and say hi! 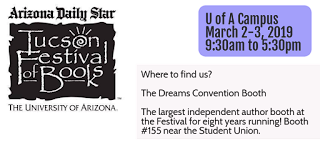 Posted by Tina Swayzee McCright at 5:33 PM No comments: 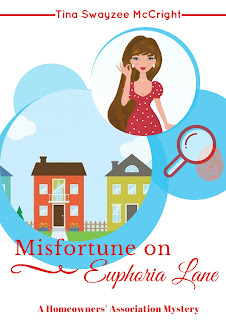 Misfortune on Euphoria Lane; Book 2 in the Homeowners' Association Cozy Mystery Series is now available on Amazon for preorder at only 99 cents until launch on January 16, 2019! This ebook will never be priced this low again!

Andi Stevenson never dreamed she would lead a neighborhood war against the tyrannical homeowners’ association president, who harassed the condominium community. Now, just when she thought life had returned to normal, murder and mayhem return to Euphoria Lane. Andi and her sister, Jessie, find another dead body on the property and their lives will never be the same.

Andi’s desire to quit teaching and work full-time for her sister’s detective agency is put to the test. Her best friend turns on her when her son becomes a suspect, and her boyfriend wants to know if she’ll hunt down killers once she’s married and has children.

Jessie is given two weeks to find the killer. If successful, she’ll earn a hefty bonus and solidify her agency’s reputation. Derrick, her former partner with the police department, takes time off work to assist, but he has an ulterior motive. Can she beat the ticking clock? Or will her attraction to the wrong man and her need for control destroy all?

Posted by Tina Swayzee McCright at 8:56 PM No comments: 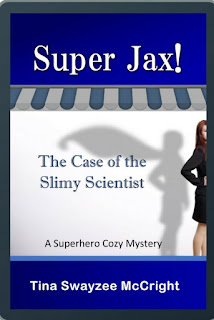 Prime Day is coming so I'm joining the fun on Amazon Giveaways. 40 people will win free digital copies of Super Jax! You have a 1/25 chance of winning!

See this #AmazonGiveaway for a chance to win: Super Jax! The Case of the Slimy Scientist: Book One in the Super Jax Superhero Cozy Mystery Series (Kindle Edition).
https://giveaway.amazon.com/p/0ab6182cc8625018 NO PURCHASE NECESSARY. Ends the earlier of Jul 21, 2018 11:59 PM PDT, or when all prizes are claimed. See Official Rules http://amzn.to/GArules.

Posted by Tina Swayzee McCright at 3:41 PM No comments: 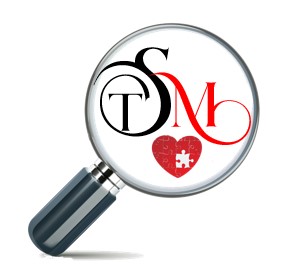 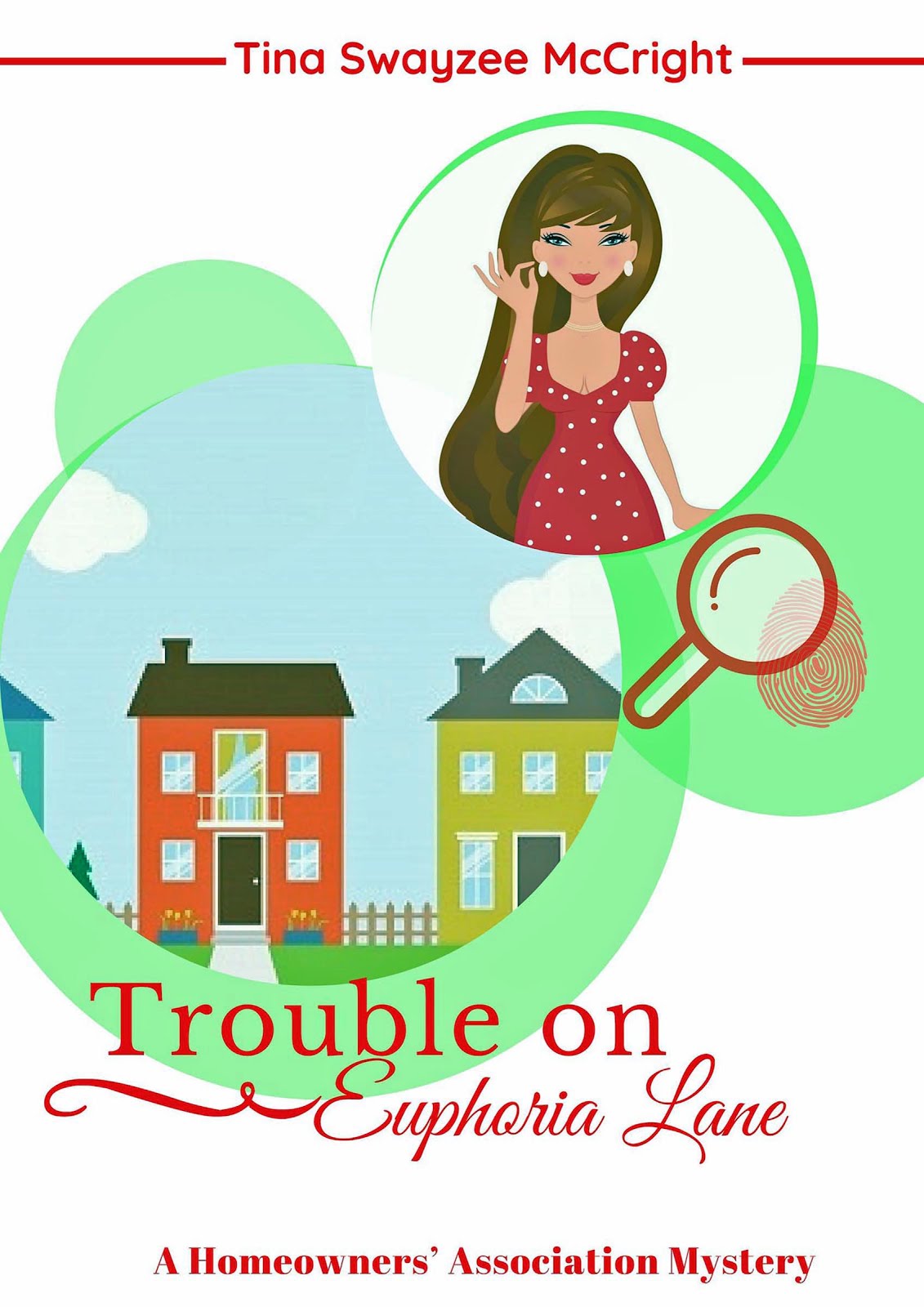 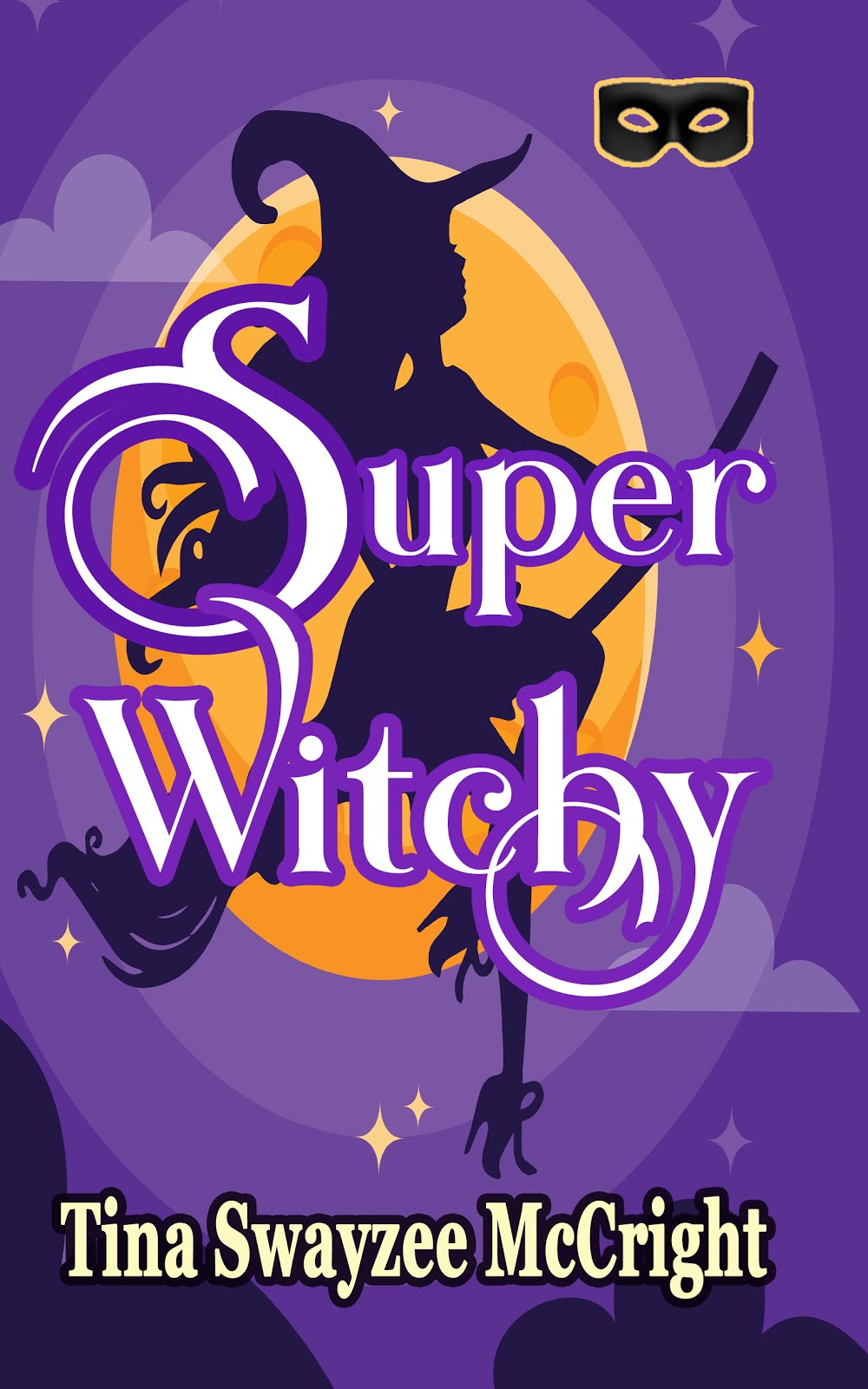 Is a Killer Witch Flying Around Atom City? 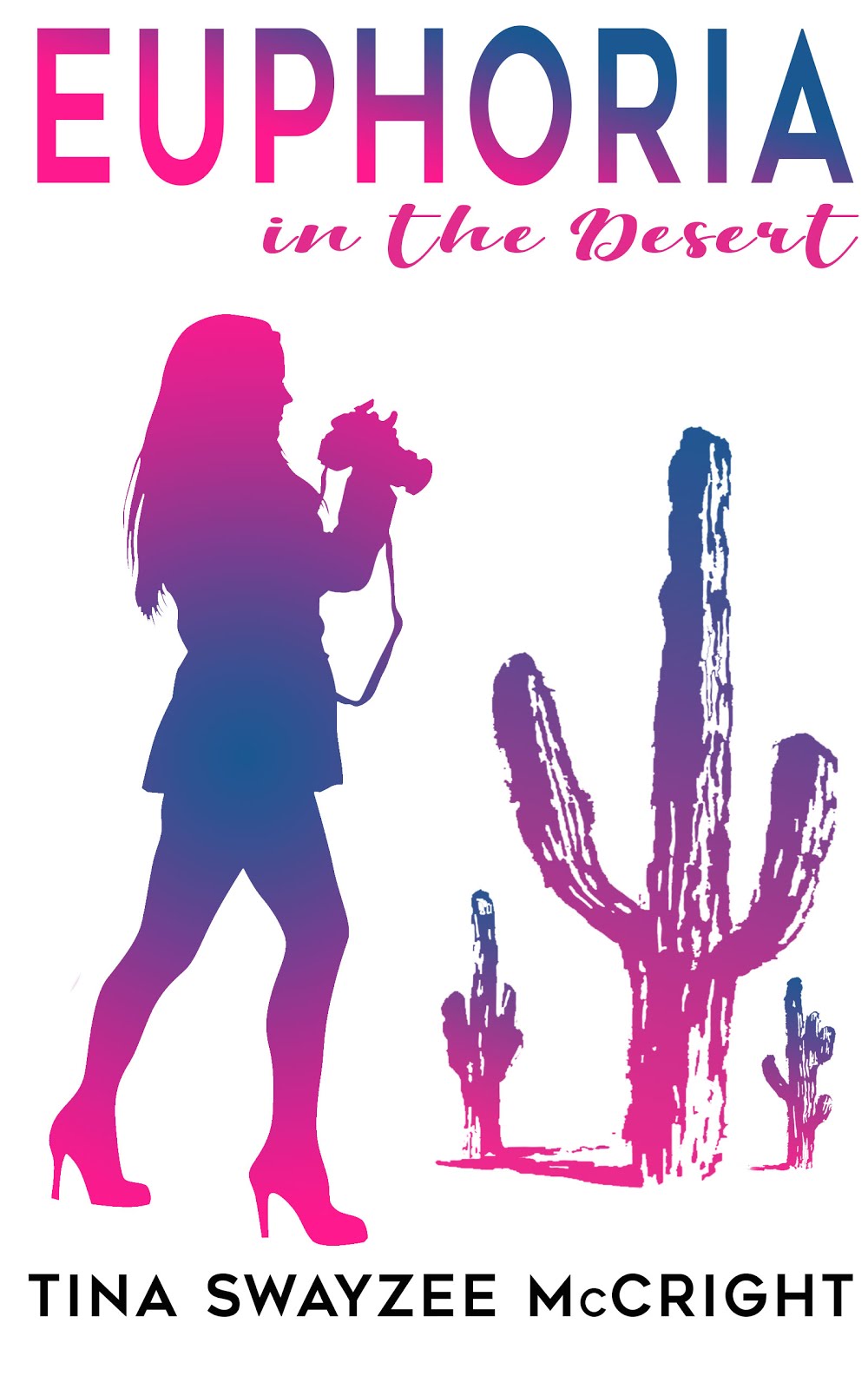 Mystery, A Touch of Comedy, and Second Chances 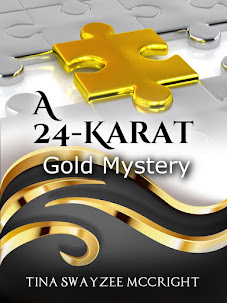 Book 1 in the Lost American Treasures series on Amazon

How far will one woman go to stop the HOA? 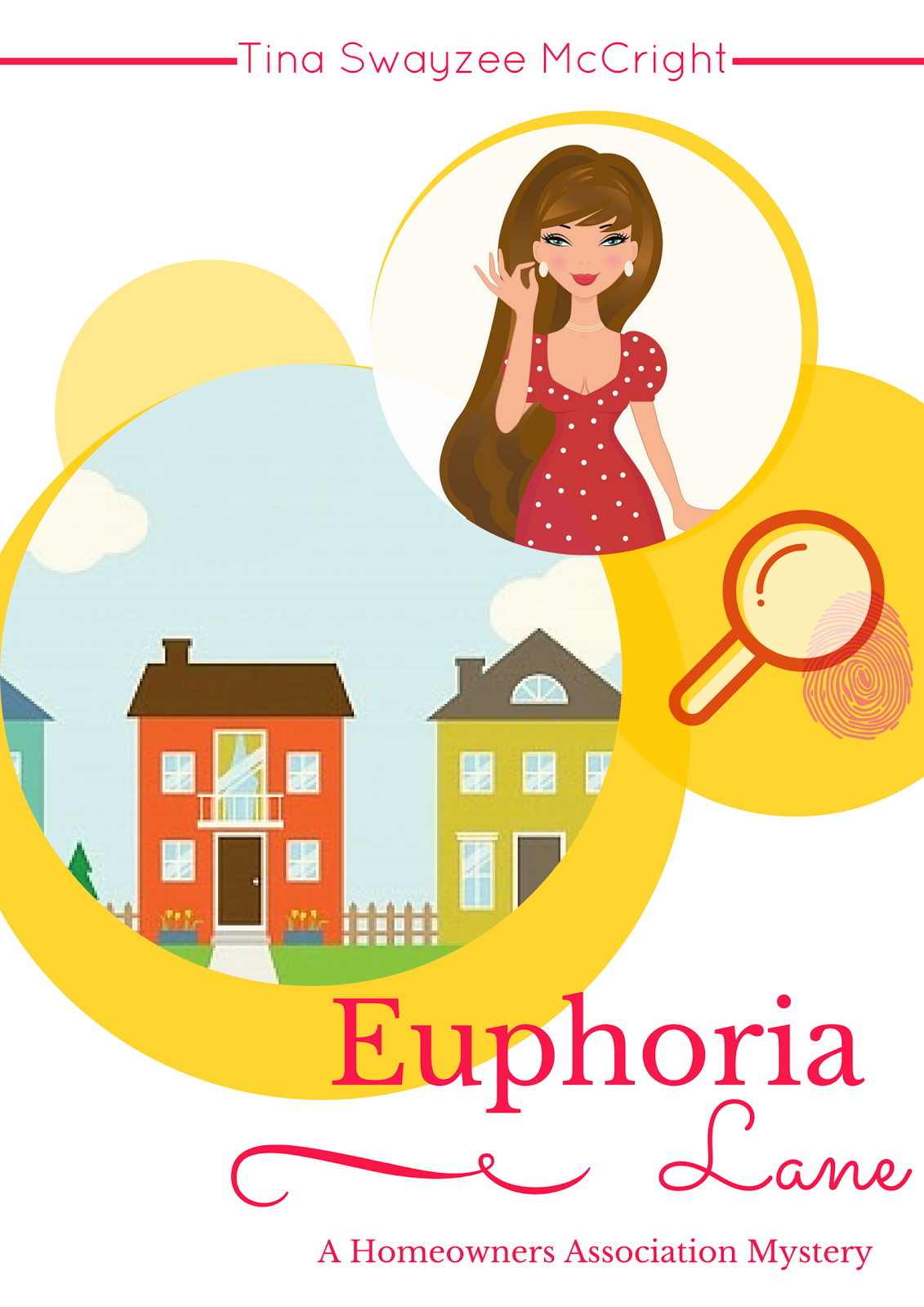 Book 1 in the Homeowners' Association Mystery Series on Amazon 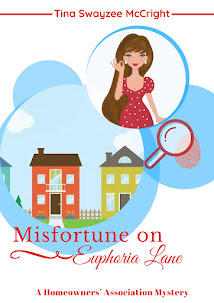 Book 2 in the Homeowners' Association Mystery Series on Amazon

Girls' nights ends with Jax in a decontamination chamber and super powers she can't control! 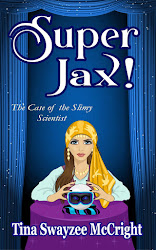 Book 1 in the Super Jax Cozy Mystery Series on Amazon 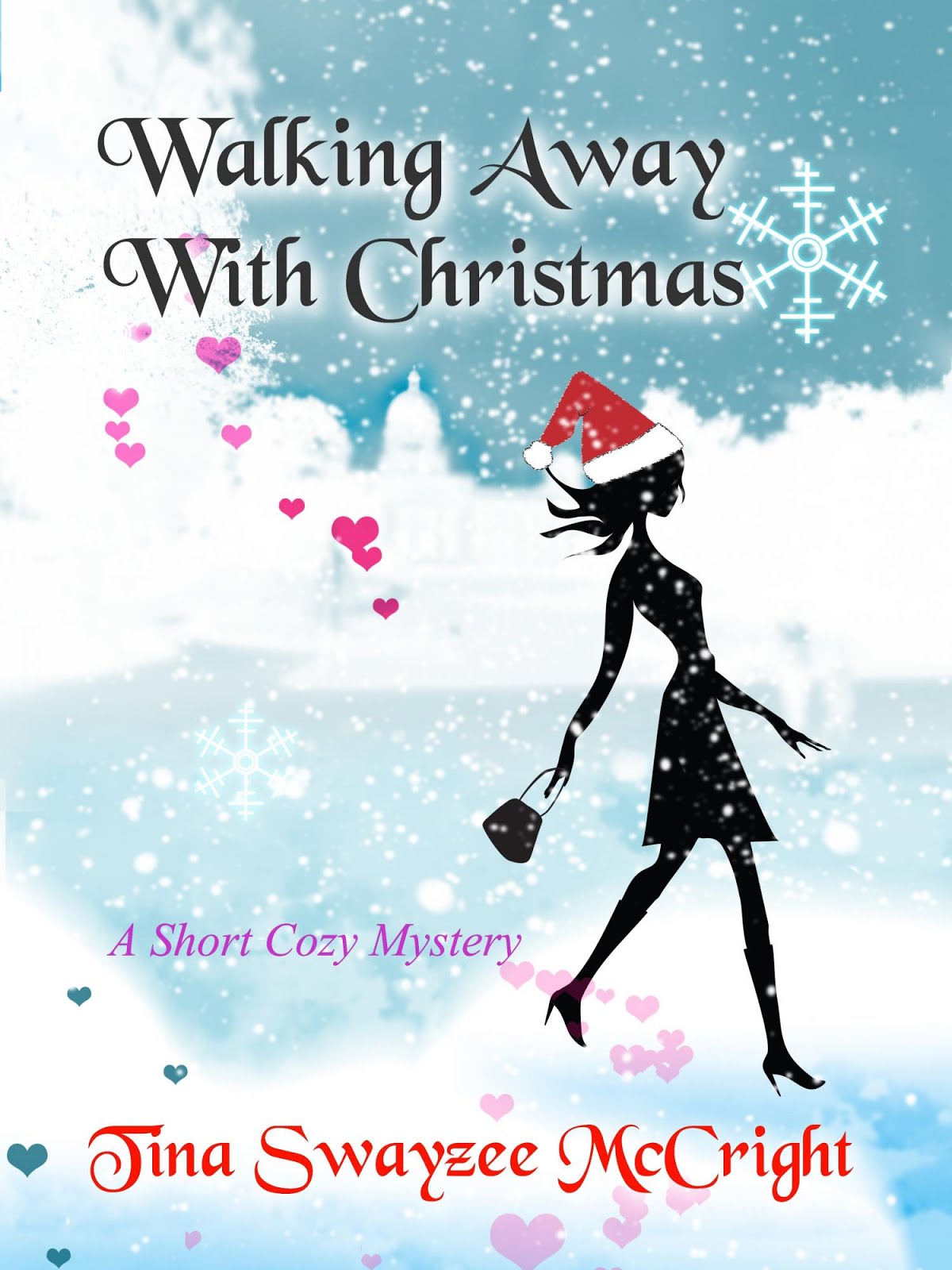 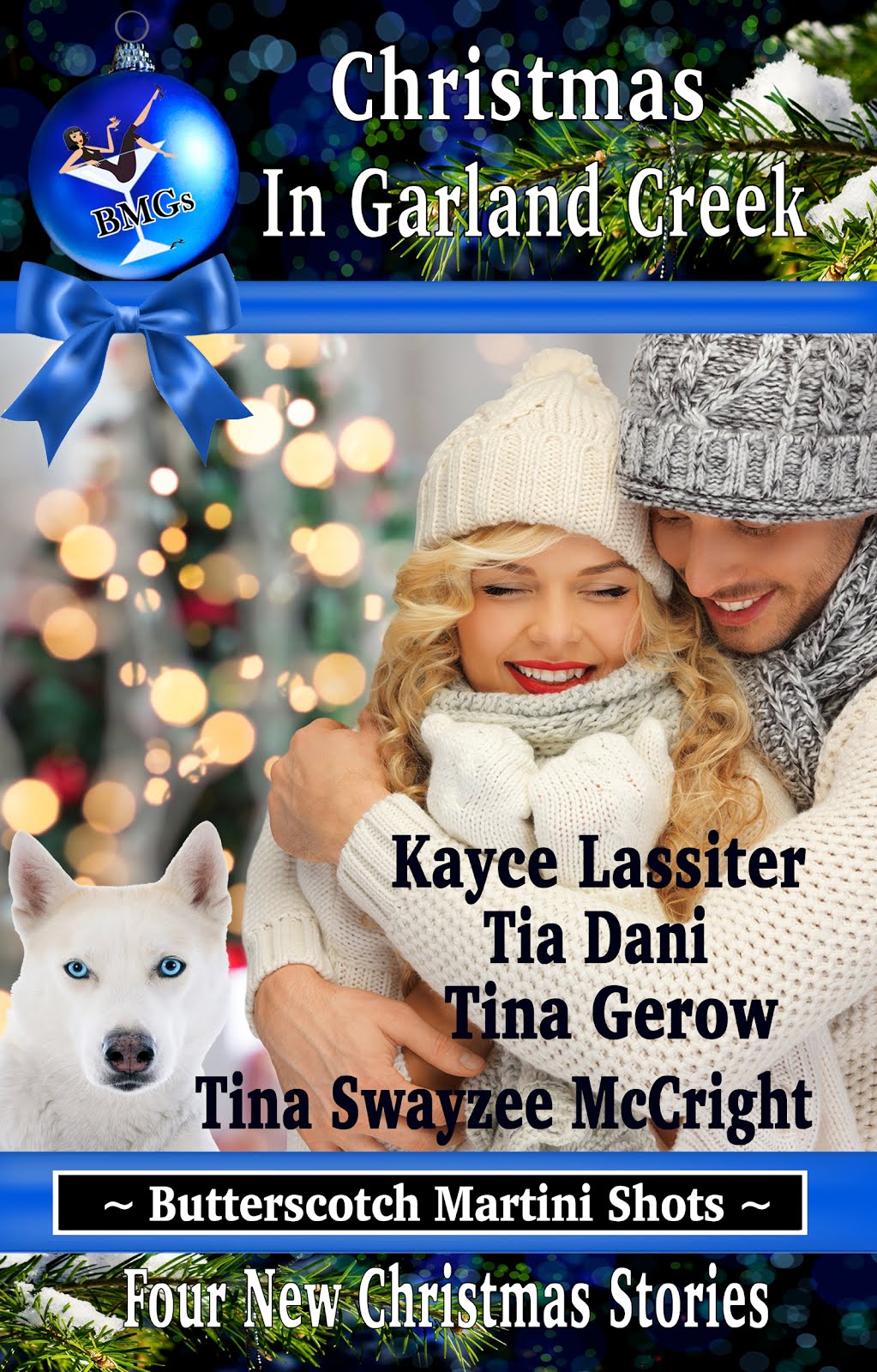 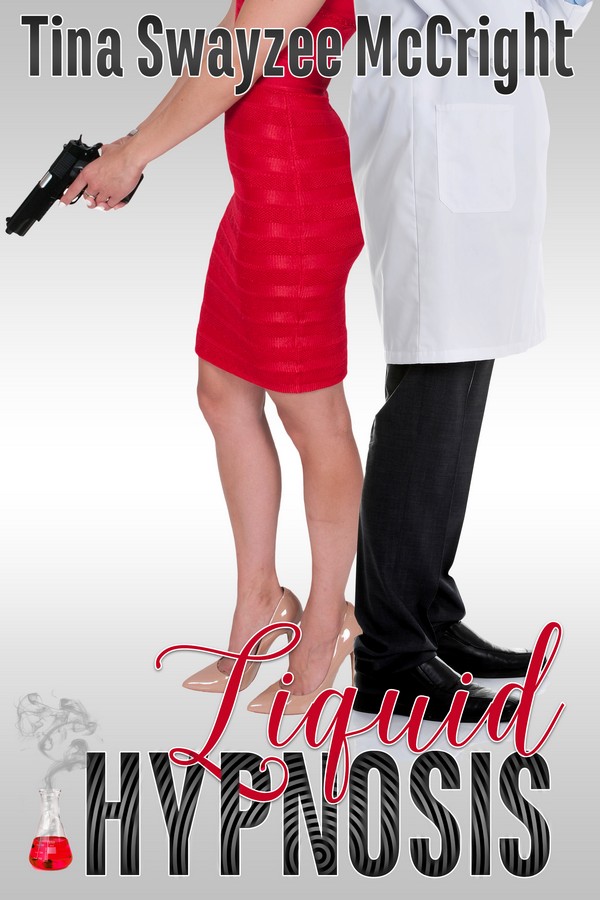 Liquid Hypnosis is Nominated One of the Best!